John Van Gaans has announced the release of TEENpup Linux 2009 "Legacy", a general-purpose desktop distribution for older computers based on Puppy Linux: "Today sees the fifth release of TEENpup and once again it's based on Puppy 2.14. This time the ISO image has grown to just under 700 MB so that it will fit on a CD. As the focus for TEENpup has shifted to a modern operating system for older PCs which most likely only came with a CD drive, it was felt that a 700MB size limit should be adhered to. To attract users from Windows, TEENpup's default color scheme has been modeled on some of Vista's coloring. Also, there's something I created called 'Magic Scripts', which is a drag & drop arrangement - all you do is drag & drop, say, an audio or video file and it will allow you to convert it to another format. 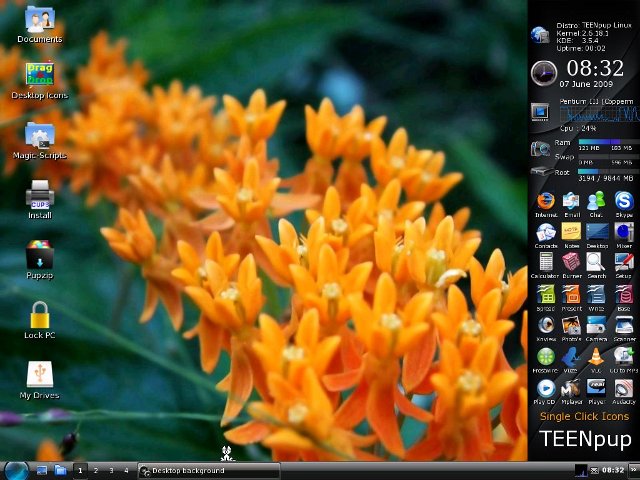