Paket distribusi centos 5.5. 1 cd desktop 5.5 release 2 - 32 bit. Karanbir Singh has announced the release of CentOS 5.5, a distribution created by compiling the source packages for Red Hat Enterprise Linux 5.5: "We are pleased to announce the immediate availability of CentOS 5.5 for i386 and x86_64 architectures. CentOS 5.5 is based on the upstream release 5.5 and includes packages from all variants including Server and Client. All upstream repositories have been combined into one, to make it easier for end users to work with. Live CDs for CentOS 5.5 on i386 and x86_64 are being released at the same time as the main distro. The live CDs are meant to be used to run a CentOS 5.5 environment or to start a network-based install. The live CDs are set up to allow running from either optical media like CDs and DVDs or from USB keys and other portable media 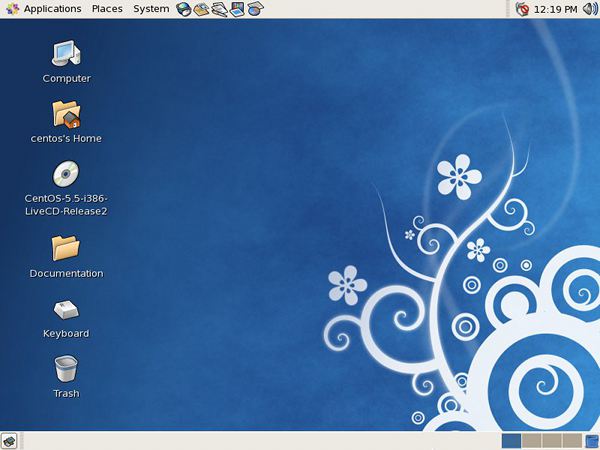