Linpus-Lite1.6.1.0.019 - Linpus Technologies has announced the release of Linpus Linux 1.6 "Lite Desktop" edition, a Fedora-based distribution with GNOME 3 and several user interface enhancements: "Linpus announced today the release of Linpus Lite Desktop Edition. Linpus Lite Desktop Edition is an extremely powerful yet versatile desktop, all-in-one, notebook and netbook operating system. Based on GNOME 3, it has a significant array of enhancements that make it is the ideal choice whether you require productivity, entertainment or lead an extremely social, connected online life. In the first instance, productivity, Linpus has worked hard to improve the user experience in a number of ways. In particular to reduce the number of clicks to launch, view and manage your applications.

Linpus Linux is a commercial, Fedora-based distribution developed by Linpus Technologies, a Linux company with headquarters in Taipei, Taiwan and a development office in Shanghai, China. The product's main features are support for both traditional and simplified Chinese, LSB 2.0 certification, support for Unicode character sets, friendly GNOME desktop, and compatibility with a wide range of computer hardware. 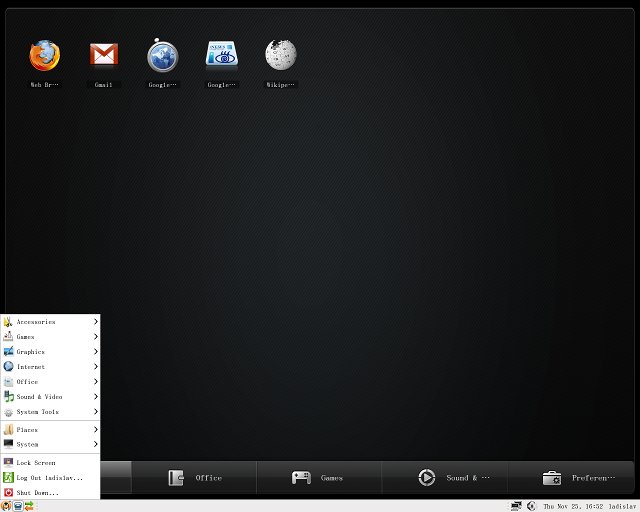